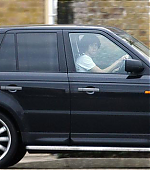 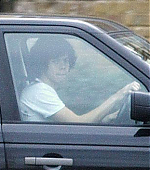 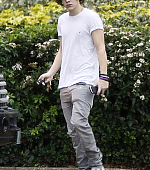 One Direction star Harry Styles must have seriously deep pockets after coughing up £15,000 to insure his Range Rover Sport.

It might be a second-hand model he bought from his stepdad but it’s a lot better than Simon from The Inbetweeners’ yellow bubble car or third party fire and theft on your mum’s Fiesta like most 17-year-olds.

He splashed out on a Porsche then found out he needed the same money again for insurance when he rang Direct Line for a quote.

A source said: “Harry was told by his management that it was his decision if he wanted to buy an expensive motor — but he would have a tough job insuring it. He’s a young man and wanted to spend his money on the car — so he ploughed on. He said if Louis did it, he could too.

“He still got a big surprise when the quotes started coming in. It was a big whack.”
In fact we rang around insurance firms yesterday, asking how much cover would cost on a Range Rover Sport for someone like Harry — and most said they wouldn’t even do it.

I’m all for the lads having fancy cars but the average UK wage at the moment is around £26,000 and more than a million youngsters are out of work.
It might have been better to get something more sensible as a first car but I suppose he can afford it.

Keeping the car on the road won’t be cheap, either. A full tank of fuel is more than £100 and it’s a gas-guzzler, which will hammer him on the road tax too.

Harry won’t be getting to drive it much anyway.

He’s going to spend most of the next year on tour, recording and waking up in strange girls’ bedrooms.

He flew to LA with bandmates Niall, Zayn, Liam and Louis yesterday afternoon.

He won’t be allowed to drink or drive out there. No prizes for guessing what he’ll be getting up to instead, now his cougar Caroline Flack has been despatched…