Harry met some fans today, July 31st, in Pleasanton, California. Harry was very nice as always, and took many pictures with the fans. I’ve added pictures of that to the gallery. Check them out! 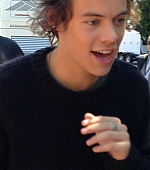 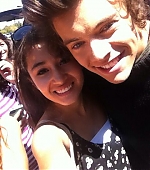 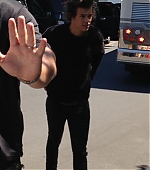 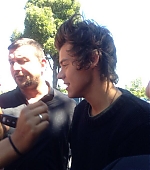 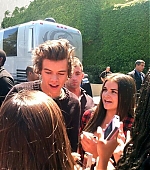 One Direction has a new limited edition make-up collection! I’ve added the pictures of the collection to the gallery.

Hi everyone! I’m Terresa and I’m the newest staff member on this amazing site and this is my very first post:

According to Daily Star, who recently had an interview with One Direction’s Louis Tomlinson, their third album will be released just in time for Christmas. Louis mentioned in the interview, “We’ve been writing and recording it while on tour. We are really happy with it.” and  “We don’t want to rush it but it will be out for Christmas.” During their Take Me Home tour, they have been recording and writing the album right in their hotel room, thanks to a portable recording studio. We are all hoping to hear more about the album soon!

The idea of seeing any member of One Direction in any sort of intimate situation is enough for us to make a noise that isn’t human. We’d immediately apologise for it straight after, don’t worry.

So get ready for some weird sounds people, as 1D are going to reveal “intimate moments” in their 3D film. *Hold us, hold us now.*

Speaking to Heat mag, Zayn Malik revealed: “It’s just going to be the stuff you don’t get to see, the day to day waking up in the morning, actually travelling.”

Zayn continued: “To the places we travel, exactly those intimate night times, Louis, thank you.” (Yes, thank you Louis thank you forever.) “The bits you don’t see, the bits in between.”

To which Liam Payne explained that Directioners will get to see that they’re actually just “big d**kheads.” Beautiful.

So how are you feeling about the prospect of seeing the boys in 3D? Will you have to take a team of strong men along to restrain you when you try and climb into Harry’s nostrils?

2012 has been a massive year for One Direction. They boys went on their first ever tour, won their first Brit, performed at the VMA’s as well as the Madison Square Garden and 2013 is set to bring even more success to our five amazing boys as they embrace on a world arena tour!


Oh behalf of everyone involved in this fansite, I’d like to wish you a happy new year, I hope that all of your dreams come true and fingers crossed that your New Year’s resolutons will work out! I hope you all get to meet One Direction, get a tweet or a follow from one or all of the boys! Happy 2013!

Wishing you a year of health, wealth, happiness luck warmth
And loads of love of your dear ones
Hope the New Year showers you with all that is beautiful
Happy New Year!

One Direction Boxset with Zappar:

One Direction promoting Take Me Home: 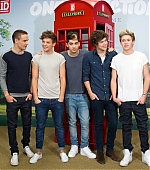 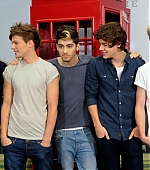 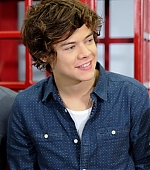 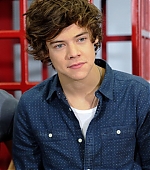 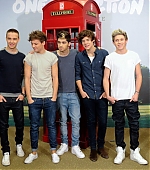 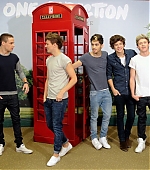 One Direction star Harry Styles has said that he does not believe that he is the best looking member of the band.

The teen heartthrob told the Capital Breakfast Show’s Dave Berry and Lisa Snowdon that he believes Zayn Malik is the most handsome singer in the group.

He said: “I think the most typically good-looking guy is Zayn, with the cheekbones and the jaw.   “But it depends, you know.”

Zayn recently hit the headlines when he revealed that the band are upset by criticism of Harry in the tabloid press.

The singer insisted that people do not realise how sensitive the 18-year-old can be.

Styles often finds his relationships causing headlines and people “giving him grief” about his romances.

Malik told The Sun: “He is the baby of the group, but people seem to forget that because of the way that he is and that he is so charming.

“So it is a little bit upsetting sometimes if you see him with the weight of the world on his shoulders. It does annoy us a bit.

“He’s a young kid and people are just giving him grief for no reason.” 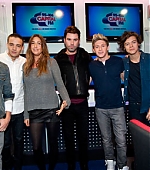 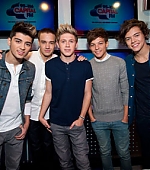 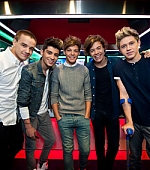 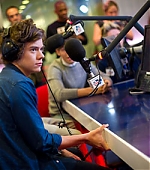