I have added several sets of photos to the gallery! Check them out below! 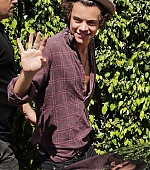 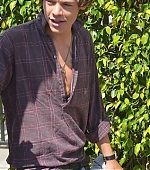 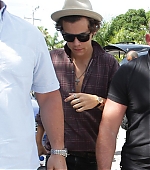 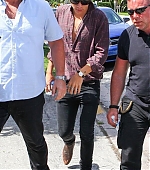 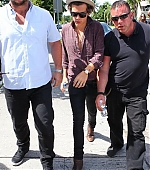 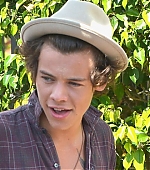 Hey guys!
I am well aware that most of you visit the site for latest videos, photos and news and I am so sorry that you haven’t been able to find them here lately.
It’s because I don’t have internet at home and half of the websites are blocked in school and the co-owners don’t have time. Therefore I’d like to say, the photos should be uploaded sometime next week, and as soon as my internet is back, I will have a suprise for you.
Secondly, I’m aware that the form for the giveaway doesn’t work, however I can’t replace it, so you’d just have to go over and email me the answers. 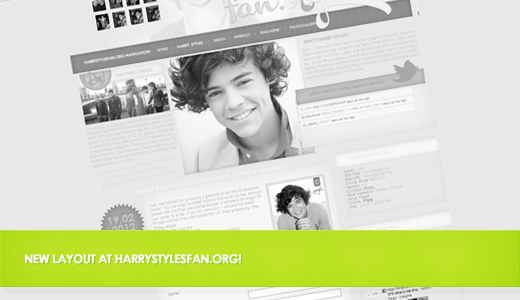 If you’re reading this on tumblr, please click the image above.
Yes! Finally, HarryStylesFan.org has a new layout! It was made by the lovely and talented Skyler. We hope that you will carry on visiting the site.
Also, HSF has some new pages for you! There’s the media page, with loads of fan-art, icons, wallpapers; an interact page with loads of fun stuff, like puzzles or quizzes; a magazine, which is still coming soon!

Uncategorized
On Set With One Direction and the iCarly Cast!
admin / 14 February 2012

Uncategorized
One Direction – One Thing is Out Now!
admin / 12 February 2012

FANS of boy band star Harry Styles headed in One Direction this weekend as the 17-year-old enjoyed a day out at Southport’s Premier Bowl.

Onlookers told the Visiter that hundreds of teenage girls flocked to the Ocean Plaza site on Saturday as word quickly spread of his arrival via Facebook and friends.
Avid fan Melissa Pye met her heartthrob on the day.

She said: “Harry was great, he was happy to pose for a photo and signed autographs for lots of people there.

“I am so pleased to have met him, it has to be the best day of my life so far.

“I think the reason Harry is so popular with people is that he is a normal guy, someone who you could have gone to school with.”

Sarah Taylor, a manager at Premier Bowl, said: “We were not surprised that Harry turned up to bowl because socially Premier Bowl and Laser is a regular haunt of his.

“Often he plays pool with his friends if bowling lanes or the Laser Quest are unavailable.

“He also pops in with the owner’s daughter Emily when he is back home from touring.”

Harry, who has recently passed his driving test, had been taking his new Range Rover Sport for a spin. He signed autographs for fans and posed for photographs before leaving to prepare for starting the next leg of the One Direction tour.