The Take Me Home Tour is the second headlining concert tour by English-Irish boy band One Direction. Announced by member Liam Payne at the 2012 BRIT Awards in early 2012, the original concert tour was billed as the UK & Ireland Arena Tour. In mid-2012, the concert tour expanded with legs in North America and Australasia following the band’s international breakthrough. The concert tour is set to visit arenas and stadiums from February through October 2013. The concert tour commenced at London’s O2 Arena on 23 February 2013.
The Take Me Home Tour has been commercially successful, with sold-out shows and demand for tickets prompting organisers to add more dates to the itinerary. The concert tour consists of over 100 shows in Australasia, Europe, and North America. In the UK and Ireland, ticket sales reached 300,000 within a day of release, which included a six-date sell out at the O2 Arena in London. In Australian and New Zealand markets, tickets grossed US$15.7 million, with all 190,000 tickets being sold for eighteen shows to be held in Australia and New Zealand.

Dates of all the shows: 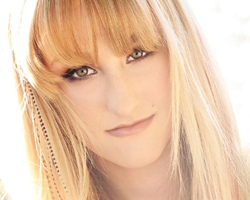 – Heart Attack
– More Than This

– Loved You First
– One Thing

– One Way Or Another (Teenage Kicks)

*Back to the main stage*

Please note that we are in no contact with any of the arenas, nor the management or the families, therefore we cannot provide you with VIP passes, tickets to the show or hotel information.