Hey guys!
I am well aware that most of you visit the site for latest videos, photos and news and I am so sorry that you haven’t been able to find them here lately.
It’s because I don’t have internet at home and half of the websites are blocked in school and the co-owners don’t have time. Therefore I’d like to say, the photos should be uploaded sometime next week, and as soon as my internet is back, I will have a suprise for you.
Secondly, I’m aware that the form for the giveaway doesn’t work, however I can’t replace it, so you’d just have to go over and email me the answers.

The lads may be having a ball as they take the US by storm, but Harry has revealed they are missing their home comforts.

Video will appear here shortly.One Direction are living the high life at the moment as they continue to take the US by storm, taking first and second place in the iTunes album chart with Up All Night, and causing chaos wherever they go as crowds of screaming girls go wild for the heartthrobs – 1DMania.

Through the One Direction Twitter account, the 18-year-old wrote: “Hi guys!! We all want a Roast!!! Can’t wait to see you all at home.. -Harry .x” Awww, see UK girlies, they do still love us after all!

Keen to keep his US fans onside, he later added: “Thanks for your support on ‘What Makes You Beautiful’ head over to iTunes to buy it if you haven’t got it…it not too bad! -Harry .x”

Harry is determined not to alienate himself from the rest of the group and doesn’t want to be singled out as the leader – with recent reports suggesting that was the case.

One source, said to be close to the curly-haired teen, told Star magazine: “Harry is quite insulted by these reports. He says he is in no way big-headed that that his ego is not getting out of control.

“He is still very much one of the five boys, and considers them to be a team above all.”

They certainly are a team and life for the young stars could be about to get even better as they are tipped to become the first UK band to enter the US album chart at number one, with Up All Night estimated to sell between 160,000 and 180,000 copies in its first week, according to Music Week.

Due to phenomenal demand, 1DHQ have added extra dates to One Direction’s 2013 Live Arena Tour of the UK and Ireland!

Having just completed their first sell out tour of the UK, Harry, Niall, Zayn, Liam and Louis are releasing footage from their first tour. Featuring a 70 minute concert filmed in January this year, the amazing performance boasts all of 1D’s hits, tracks from their debut album Up All Night, some of their favourite covers and a few extra surprises. 🙂

You can pre-order your copy of the official tour DVD here!

One Direction have recently announced their first official UK arena tour which will take place across the United Kingdom in 2013. The tour will start in February at The O2, London and concludes in Manchester in April with several dates being added to the line-up since the first announcement back in February due to the massive popularity of the tour. As you can expect dates are selling out quickly so make sure you purchase your One Direction tickets soon before they are all sold out! Don’t miss your chance to see Harry and the rest of One Direction live on stage! 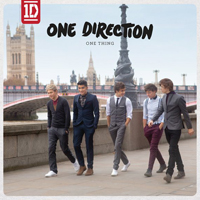 Yes, HarryStylesFan is holding an another giveaway to win the One Thing single! You can enter no matter where in the world you live, although please note that if you live outside Europe, it will take a bit longer for your poster to arrive (if you win, obviously). Next giveaway: Up All Night DVD.
Basically, the rules are:
– You can only enter ONCE.
– You have to answer the questions correctly.
– Ends 5th April 2012!
– You have to email me the answers to admin@harrystylesfan.org with the questions below if the form doesn’t work.

One Direction singer Harry Styles has reportedly been given a talking to by their management team.

The teenager has allegedly been spending time apart from his bandmates and partying with DJ Nick Grimshaw and other stars.

When on tour the lads are tight, but their team are worried that Harry is starting to move away from Liam Payne, Niall Horan, Zayn Malik and Louis Tomlinson.

The management’s fears were increased when Styles decided to move into his own apartment, after sharing with Louis.

A source told Heat magazine: “Harry has been given a dressing down in recent weeks.

“It was noted that he’d broken away from the band a bit and, with their American tour in progress and dates in Australia to follow, the boys really need to be acting like a unit.”

One Direction have enjoyed international success and their US tour is going well.

The insider added: “The boys are set to become the biggest boyband in the world this year and it’s no time for individual egos.

“This was made very clear to Harry. He was told he needs to start being a team player and that’s that.”

It is rumoured that there will be an One Direction movie! The band has already had a headline tour earlier this year, are now in America and are getting ready for their major UK arena tour in 2013, along with a new album in July!
But a movie? Who knows! It is said that Simon Cowell has bought the idea to the boys – “Something like ‘A year in the making'” he says.
Meanwhile, Harry Styles, “We have recieved a few propositions about a movie. We like the idea of a documentary, you know, something like Bieber’s ‘Never Say Never’?
Is this going to happen? Keep checking the website for exclusive news!