Since the tour starts today, I’m posting the tour dates! Make sure to visit us to find the latest performances, photos etc from those dates! Click here to view the albums incase you can’t get access to the main site, where the photos will be posted.

I’ve uploaded an old (new for us, well kind of) What Makes You Beautiful promotional picture. Check it out! 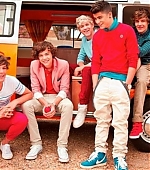 It seems Harry Styles wooed Caroline Flack with pizza, Xbox lessons and foot rubs on their recent date, after details of their big night in emerged.

The media had a field day after snaps of Harry sneaking out of Caroline’s London flat emerged on December 7, pretty much confirming what everyone had thought for months – that the pair are a couple.

Now insider details of exactly what the pair got up to during their cosy night in have been revealed.

Now magazine reports that the pair enjoyed pizza and white wine for dinner, and then entetained themselves with a spot of TV, watching a movie, a bit of MTV and episodes of Family Guy.

Harry, 17, clearly knows how to treat a lady, and finished off his master plan to woo Caroline with a foot rub, according to a source quoted in the magazine.

“It was a bit of a giggle, but she thought it was really sweet,” the insider revealed.

The couple have come under fire for their 15-year age gap, but Caroline recently told the magazine that she doesn’t see any harm in dating teen Harry.

“Some people tend to see the negative immediately and that’s what I find really strange,” the Xtra Factor told Now. “If two people like each other and get on, why does anyone else find a negative in it?

“I know it’s human nature for everyone to gossip. But why say it’s bad? No one’s being hurt at all in anyway.”

She added: “It’s the age gap that’s the story. What’s hard for me to get my head around is people saying it’s disgusting. I don’t think it is.” 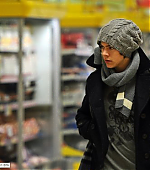 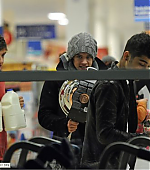 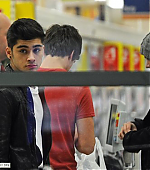 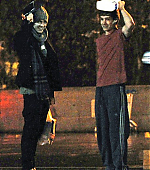 The ‘Gotta Be You’ singers’ 2012 calendar triumphs in online retailer’s countdown.

One Direction have achieved the top selling calendar of all time according to online store Amazon.com.

The top ten countdown also featured teen sensation Justin Bieber and two places each for Take That and Cliff Richard.

One Direction are currently putting the final touches in place as they prepare for their UK tour which begins on Sunday (18th December).

The boys have been busy tweeting pictures of their rehearsals in anticipation of the outing.

The list of Amazon.com’s best selling calendars of all time:

Harry Styles has let One Direction fans in on a secret – that he likes to swim with no clothes on.

The cheeky 17-year-old, who’s got a habit of blurting out personal facts on Twitter, revealed the news to his 1,217,635 followers last night.

But we’re not totally sure the curly-haired singer understands that skinny dipping actually means totally starkers.

1D’s Liam Payne, 18, once let slip that when the boys enjoyed a naked dip in Aberdeen, Harry decided to keep his shoes on!

The couple are said to be developing true feelings for each other, despite widespread criticism of their age gap.

Harry Styles and Caroline Flack might have come in for a bit of ribbing off the media over their relationship, but according to friends of the couple they don’t care – and are starting to develop real, strong feelings for each other.

Xtra Factor presenter Caroline, 32, and One Direction singer Harry, 17, were first linked together several months ago after being spotted kissing on a night out.

They were then see having dinner together, before snaps of them leaving each other’s flats after spending the night emerged.

And now it seems that the couple have moved past the casual dating stage and are actually starting to properly fall for each other.

A friend of Caroline’s reportedly told Heat magazine: “At first neither of them saw it as anything more than a fling. But now Caroline has been telling her friends that she’s really into him.”

Another friend added: “Neither of them has said it [I love you] to each other, but it won’t be a surprise when they do. We think this couple will be around for a while.”

It certainly seems like things are heating up; Harry is believed to have taken things to the next step and invited Caroline to meet his parents this Christmas.

The ‘Gotta Be You’ star’s figure has been damaged by the weather.
One Direction’s Harry Styles has revealed that he is planning to help restore bandmate Niall Horan’s Barack Obama waxwork after it became damaged.

The ‘Gotta Be You’ singer was given the figure for his birthday, but it has begun to show signs of ware after Niall elft it on his balcony.

“I like him out there because you can see people doing a double take then looking confused,” Niall said.

“He’s beginning to feel the effects of the weather though. I don’t think he’s supposed to be left in the open.”

Harry added: “We’ll have to buy some specialist varnish for Niall’s next birthday. Obama’s going to need a bit of a refurb.”

Meanwhile, Harry was among the male artists who made it into Capital’s round-up of the best male music stars of 2011.

One Direction released their debut album ‘Up All Night’ last month.

The couple are said to be keen to get to spend some quality time and really “get to know each other” without the prying eyes of the media.
Two’s company: Harry Styles and Caroline Flack are said to be planning a weekend away together

Caroline Flack and Harry Styles are reportedly planning to jet off for what some people might call a “dirty weekend” together, so the couple can really get to know each other properly.

Caroline, 32, and One Direction singer Harry, 17, have been liked together for several months now after being spotted kissing and enjoying dinner dates.

Last week the couple were also seen leaving each other’s flats after staying the night – shortly after Xtra Factor presenter gave a revealing interview, speaking out about the people who have criticised their relationship because of their 15 year age gap.

Now according to sources the couple have decided not to listen to anyone else’s opinions, and are planning a romantic mini break in Paris or Rome, to spend some alone time together.

A insider is quoted telling Star magazine: “Harry and Caroline can never spend any time together without being hunted down, and they really want to get to know each other without distractions.

“Caroline has been working flat-out on Xtra Factor, so now that has finished she’s got a bit of time.”

The source added: “It’s likely they will head off somewhere not too far away, like Rome or Paris. They want to go somewhere they can really escape the media for a bit.”

It looks like Harry might have to convince his mum Anne that going away on holiday with Caroline is a good idea first though, as she’s said to be less than pleased about their pairing.

A source was recently quoted in Star saying: “Anne doesn’t want Harry to end up getting hurt. Caroline is a worldly woman, who is never short of male attention.”

They added: “Anne just feels Harry needs to stick to girls his own age and says Caroline should back off!”

Harry was seen leaving the Movida Nightclub in London on 10th December. More pictures to come soon! I have added more pictures! 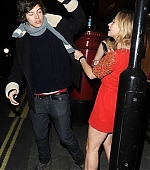 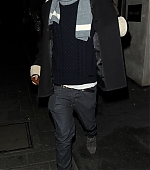 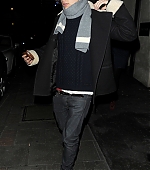 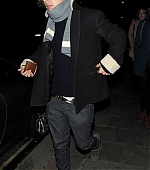 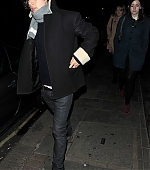