Caroline Flack has defended her romance with Harry Styles.

The ‘Xtra Factor’ presenter and the One Direction heartthrob have recently started dating and she has attracted criticism because she is 15 years his senior.

Caroline, 32, doesn’t understand why people have a problem with their relationship.

She said: “I feel like I shouldn’t have to worry about what I do. But it’s a social thing that people aren’t accepting of big age gaps.

“I keep thinking, ‘What have I done wrong?’ But I haven’t done anything wrong.

“What’s hard for me to get my head around is people saying that it’s disgusting. I don’t think it is. Some people tend to see the negative immediately and that’s what I find strange. If two people like each other and get on, why does anyone else find a negative in it?

“I know it’s human nature for everyone to gossip. But why say it’s bad? No one’s being hurt.”

After it was revealed the pair are dating, a group of fans of 17-year-old Harry – calling themselves ‘Directioners’ – posted a string of hateful messages to Caroline on twitter but she says the One Direction singer helped her to cope with it because he is so “mature”.

She told Now magazine: “It went too far. It’s a form of bullying from people who are hiding behind a computer. I knew they were just a minority of One Direction fans and all very young – it’s a kind of fanatical obsession.

“I can’t take it seriously or I’d never leave my house.

“He told me, ‘Don’t listen to twitter’. So he became the mature one at that point.”

She has failed to deny talk of a budding romance between herself and the teenage boyband member who is poised on the brink of massive stardom.
But it seems that Caroline Flack’s secret is finally out as One Direction singer Harry Styles, 17, was seen leaving her home London home at 9.30am yesterday morning, confirming the 32-year-old is smitten with the school-leaver.
In pictures that will break the hearts of One Direction’s young female fans, the tousle-haired heartthrob was seen leaving the Xtra Factor host’s home carrying his overnight bag.

Caroline emerged two hours later at 11.30am with a wry smile from her Muswell Hill home, but hiding behind her trendy sunglasses.

According to The Sun newspaper, 17-year-old Harry arrived the night before at 10pm.
Earlier Caroline had been spotted buying food and wine for what appeared to be a romantic evening in – though Harry is not legally old enough to drink any alcohol.
The pair first sparked speculation of a romance back in October, when they shared a drunken kiss at a party and were caught on camera flirting during the reality series spin-off show broadcast on ITV2.
Floppy-haired Harry was later quizzed about the kiss, which can be seen in the video below, but he fails deny the accusation while quipping that Caroline is ‘hot’.

The pair first sparked speculation of a romance back in October, when they shared a kiss and were caught on camera flirting during the reality series spin-off show broadcast on ITV2.
Floppy-haired Harry was later quizzed about the tender moment, which can be seen in the video below, squirming awkwardly in his seat and failing to deny the accusation while quipping that Caroline is ‘hot’.
Last month, the pair were seen sharing desserts at a restaurant in St Martin’s Lane Hotel, London, before leaving together in the same taxi. 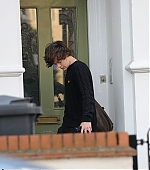 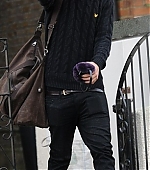 As I’ve promised, I have uploaded photos of One Direction Performing @ the Jingle Bell Ball photos. Check them out! 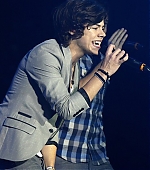 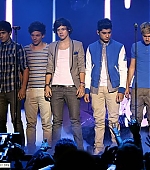 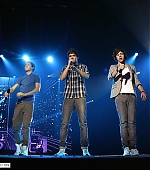 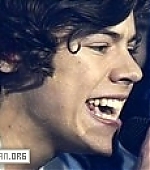 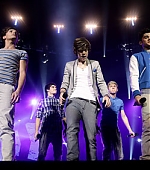 Also check out the new photos from the interview and the red carpet I have uploaded, right here.

Check out the photos from One Direction at the Jingle Bell Ball at the O2 Arena in London! More pictures to come throughout the night, so keep coming back!
Red Carpet photos: 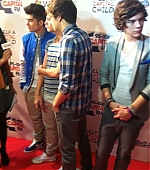 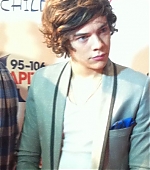 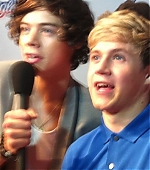 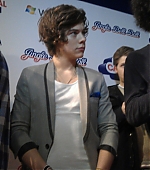 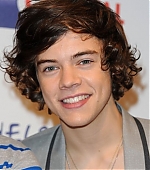 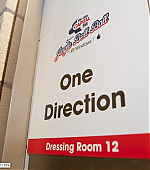 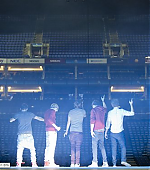 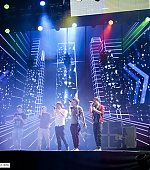 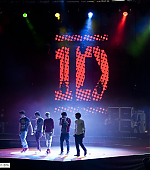 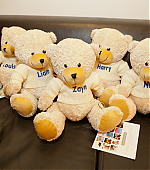 Don’t forget to tune in to Capital FM tonight from 7pm to hear our lovely boys live@ the Jingle Ball!

Emeli Sande, Ed Sheeran and One Direction have all expressed excitement ahead of their performances at the Capital FM Jingle Bell Ball this weekend.

All three acts are due to perform on the second day of the Ball (4th December) alongside headliner Jessie J, JLS, The Saturdays and Wretch 32.

Five-piece boy band One Direction said they are looking forward to sharing the stage with such a broad range of popular artists.

“There are some huge names there and we cannot wait to go and be a part of it,” Harry Styles added. “It’s going to be fun.”

Capital FM will be coming live from the Jingle Bell Ball at London’s O2 Arena all weekend. Keep checking Capitalfm.com for all the latest news, photo galleries and interviews from this year’s festive spectacular.

There’s just two more weekends left until the X Factor winner is announced and for the first time ever the final this year is being held at Wembley Arena.

Coldplay and One Direction are among the acts now confirmed for the huge event, which is expecting an audience of around 10,000 people each night.
Chris Martin, Coldplay’s frontman said: “We’re all big X Factor fans so we’re very excited to play live on the show.”

Head judge Gary Barlow commented: “This is the biggest final The X Factor has ever done. It’s going to be an amazing night.”
Adele was rumoured to be appearing but has pulled out due to throat surgery.
Leona Lewis and JLS – both former X Factor success stories – are also performing across the weekend. And show favourite Michael Buble, despite his comments earlier this week about not being a big fan of Simon Cowell’s.

On the Saturday night the three finalists will sing two songs each and the public then vote for who they want to win.
The act with least votes leaves the competition and the last two contestants go head to head on the Sunday night final.
The semi-final takes place this weekend with Little Mix, Misha B, Marcus Collins and Amelia Lily all competing to stay in the competition.