This is your chance to own a little piece of the boys history… whilst making a (hopefully) HUGE!! difference to a lot of poorly children. ALL PROCEEDS are for ‘Believe in Magic’.

Well now you have the opportunity to own the ‘actual’ bow tie worn by Harry for the occasion.

It sits, beautifully framed, alongside two photographs and includes a signed thank you from Harry.

At approximately 90cm x 50cm – it makes an impressive display.

Harry’s Mum Anne and Stepdad Robin have decided to donate this truly unique piece as they believe that it can, with your help, serve to benefit some incredibly inspirational children and their families.

Anne: “I consider myself extremely lucky to be blessed with two healthy, happy children. I never take that for granted. So many families are struck with unthinkable difficulties and children who suffer horribly. Having seen the incredible work that Believe in Magic do and witnessed the difference it can make, Robin and I decided that, having had the piece at home for a while, we would donate this as a ‘Happy Birthday’ gift to them. The charity is officially two years old on 1st August 2013 when the auction is scheduled to finish. What a wonderful gift to its benefactors a boost to their vital funds would be.”

Please bear in mind that the proceeds of this auction will go directly to Believe in Magic. It is vitally important that you only bid what you can afford. Please do not bid if you have no intention or means of paying. We reserve the right to contact any bidder to confirm that a bid is genuine. If contact cannot be made then the bid will be removed.

A message from the Charity: “Believe in Magic Children’s Charity bring magic to the lives of hundreds of very poorly or terminally ill children. We do anything and everything we can to make them smile! But we are desperately in need of more funds to continue our work. Your money really could change the lives of these incredibly brave and inspirational children and give precious and priceless memories to their families. Thank you so much x”

If you would like to get your hands on this fabulous item, whilst actually making a difference to the lives of some incredible children, please place your bid.

Please Note: There will be no postage cost added to the final purchase price. The buyer will be responsible for collection; either by self or courier, at buyers expense. Collection to be arranged from Cheshire Area.

Click above or here to go to the eBay page. 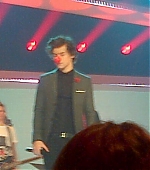 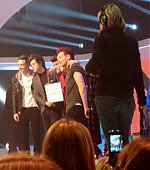 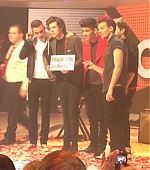 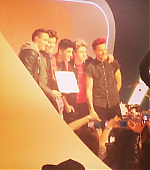 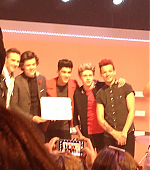 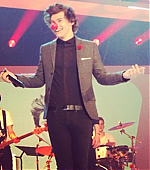 I have added two sets of albums from One Direction’s trip to Ghana for Comic Relief earlier on in the year. 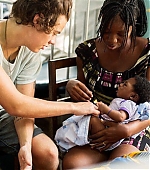 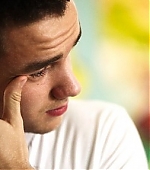 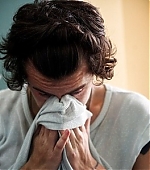 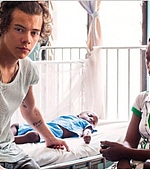 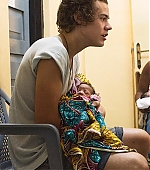 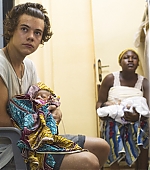 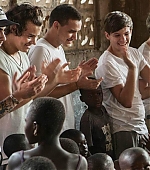 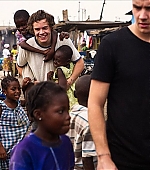 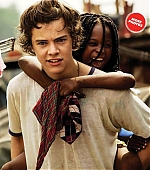 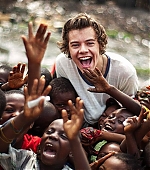 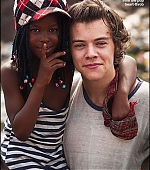 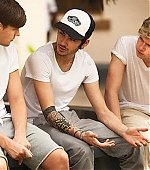 Harry Styles One Direction Videos
One Direction “One Way or Another” Leaked Online: Listen!
admin / 5 February 2013

Listen to the FULL VERSION of One Direction’s “One Way or Another,” which leaked online today.

OMG! We couldn’t love it more!

The One Direction cover of Blondie’s hit “One Way or Another” was recorded for Comic Relief Red Nose Day, and won’t be released until February 17.

Listen while you can (we recommend multiple listens), because we’re sure this won’t be around for long.

There’s so much goodness here for Directioners. Wow, do Liam, Niall, Zayn, Harry and Louis sound fantastic or what?

Of course, since this is a charity single, we have to recommend that you buy it when it’s available–no doubt, 1D won’t have any trouble with sales of “One Way or Another.”

The One Direction “One Way or Another” music video premieres on March 15–we can’t wait!!

Also, 1D perform the new single on the BRIT Awards on February 20.

Harry Styles One Direction
One Direction “One Way or Another” Preview: Listen Now!
admin / 4 February 2013

We admit we’re pretty excited about One Direction’s cover of “One Way or Another”–and were beyond thrilled to get to hear just a snippet of it.

Hey, we’ll take what we can get (though now we want more, natch).

It’s just 30 seconds, but there’s a lot to look forward to…we can’t wait for the full version of One Direction’s “One Way or Another”!

Sadly, we have to wait until February 17 for the Comic Relief Red Nose Day charity single to be released, but this makes the waiting just a little more bearable.

You can also watch One Direction filming part of the “One Way or Another” music video if this clip just isn’t enough!

Also, 1D will perform the song on the BRIT Awards on February 20. 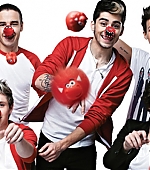 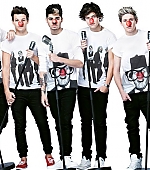 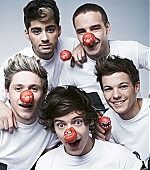 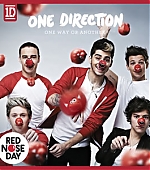